Some observations from today:

My Favorite Albums from 2022

It’s that time again, though I’m a little earlier than usual! I’m not going to make you scroll to the bottom to find my top recommendation, so here we go:

I really, really hope this record gets it’s due. Everything is top notch: the lyrics, the melodies, the arrangements, her voice. It’s a perfect indie rock album, from someone who obviously loves really good music and knows how to fold those diverse influences into her songwriting. She deserves to be HUGE.

Jade Lilitri can really write a catchy song. Musically, Oso Oso is equal parts emo and indie rock (think Death Cab crossed with Built to Spill crossed with Taking Back Sunday and a touch of Pinback) with really great lyrics that you just can’t help but sing along with… this album is high quality from top to bottom and has been in steady rotation since release day.

With former/current members of Deadguy, Kiss it Goodbye, Lifetime, Walleye, Kid Dynamite, and Paint it Black you can probably imagine what an amalgamation of those bands would sound like and it’s 100% accurate. It’s brutal, chaotic, and at times melodic – and 100% amazing. Definitely my top hardcore album from 2022.

Hammered Hulls is Alec MacKaye (Faith, Ignition), Mary Timony (Helium, Autoclave, Wild Flag, Ex Hex), Mark Cisneros (Make-Up, Medications), and Chris Wilson (Ted Leo, Titus Andronicus) - a veritable supergroup, in terms of DC punk and indie rock. They also put together a total surprise of an album. You’d expect good from this group of musicians, but this is more than good – it’s top 5 of 2022 good. Political, DC punk in an age that NEEDS more of this kind of music. Highly recommended.

The second album from TV Priest is a little more mature and maybe a little more melodic than their debut, Uppers – which was #14 on my 2021 list. They still do the post-punk, The Fall/Nick Cave thing, but in a way that I enjoy more than listening to those two groups. I really, really enjoy Charlie Drinkwater’s voice and lyrics. An underrated band and album for sure.

Despite being on a record label (Saddle Creek, home of Big Thief, Hop Along, Cursive, Rilo Kiley, Bright Eyes, and Spoon) that I tend to follow, I only discovered Tomberlin this year with the release of her second full length. And wow, what an experience. Well written indie folk music, with really great lyrics. Tomberlin really delivers and I honestly think she’s at a higher level than contemporaries like Phoebe Bridgers and even Taylor Swift’s indie folk albums – both of which I really liked.

If you simply listen to Chaise Longue, you may overlook this band as a joke — but this album is REALLY good. Super catchy and fun. There isn’t enough fun in rock music nowadays and this band really delivers.

Black Thought (from The Roots) is an insanely good lyricist. Danger Mouse is a well respected producer who’s been involved in some great projects (Dangerdoom and Gnarls Barkley to name two.) The combination is divine, especially when you throw in guests like A$AP Rocky, Run the Jewels, Conway the Machine, Raekwon, and Joey Bada$$. It’s my favorite hip hop album of 2022.

King Kendrick is going to be on a lot of end of year lists, no doubt. And rightly deserved. Kendrick is hip hop royalty and this album delivers the ambitious lyrics, subject matter, and music you’ve come to expect.

A blend of hip hop, gospel, R&B, folk, and electronic music, Brittney Parks (aka Sudan Archives) delivers a catchy, off-beat, diverse album that is super interesting to listen to as she sways from one mix of genres to another. Highly recommended.

FFO: Post-punk with a hint of folk, electronic, and melodic indie pop

If you are on Apple Music, I’ve added these albums and another 25 or so of my honorable mentions to a playlist. I’ve also got plenty of reports on Last.fm, if you are interested in browsing.

SO, did I miss anything good? There was so much good music this year, I had to have missed something. Hit me up if you have something you think I’d like!

Note: Looking back at 2021, I’d definitely put Turnstile at #6 and Tyler the Creator at #7, with every album from Quicksand on down moving one spot lower to fill in the remaining order.

Be sure to follow me on Apple Music — I create and share playlists throughout the year and I’m definitely interested in seeing what other folks are listening to!

🎧Now Listening: Don’t Know What You’re in Until You’re Out by Gladie

This album is certainly making my Best of 2022 list.

Bummed Turnstile and Snail Mail canceled tonight, due to our coming snowstorm. Time to prep I guess! ☃️

My oldest friend Chris, aka Itinerant Printer, is having a massive sale on his amazing letterpress prints. Do check them out - I just grabbed three. 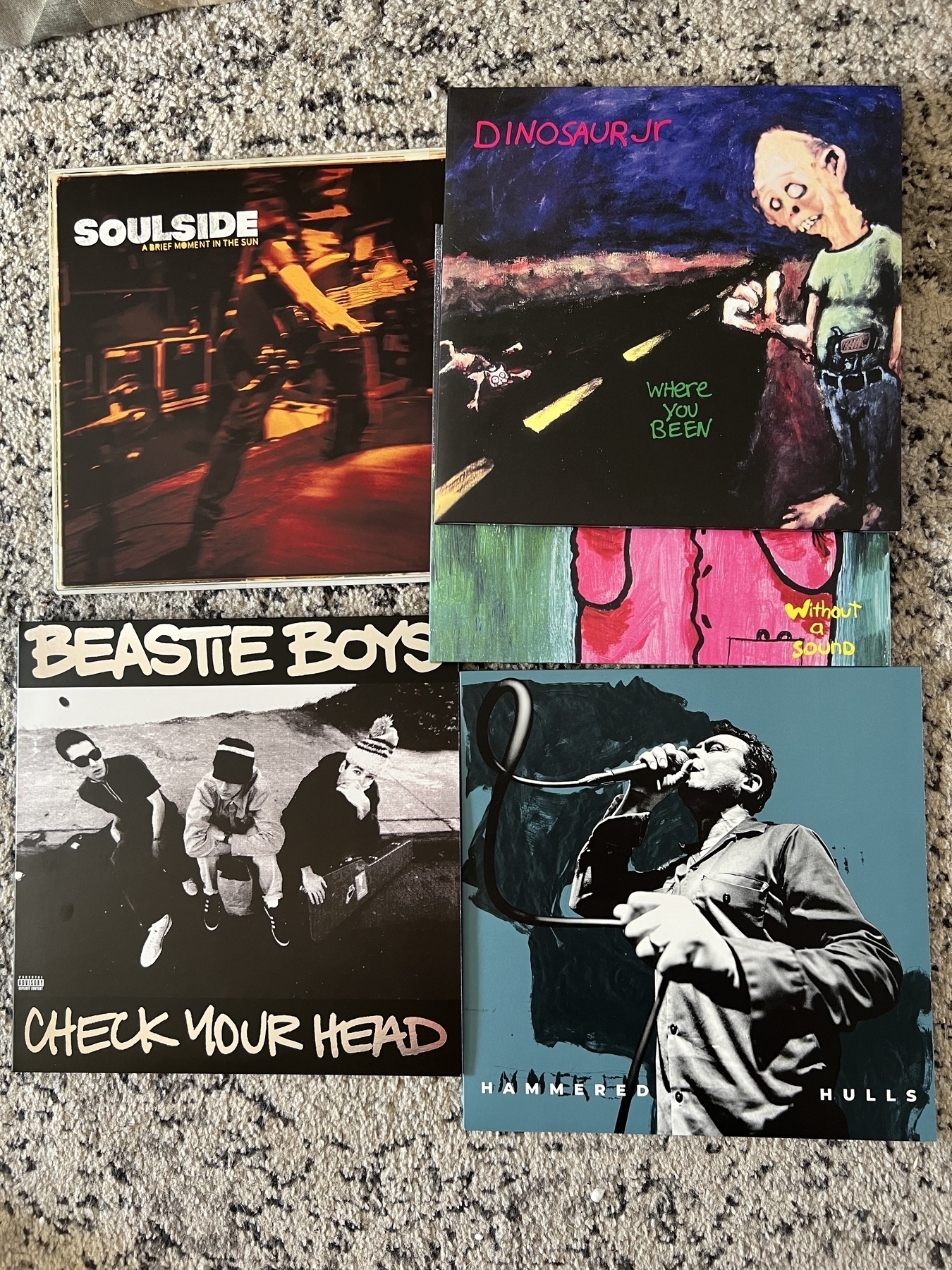 I put together my finalists playlist for 2022 album of the year - 50 so far. Check it out here on Apple Music

A double LP compilation including the band’s complete Dischord recordings from 2003-2005.

🎧 Now Listening: Curses by Future of the Left

Just voted! Most people I’ve ever seen at our polling place too. Still have time today, if you haven’t. #JustVote

The sweetest pitty. Watson wedges himself behind me every single workday. I’ve taken a little hiatus from writing One Last Wish posts (my music newsletter), so here are a few top notch new releases I’ve been digging:

Mr. Robot and the compounding effect of tiny changes

I just completed a re-watch of Mr. Robot and it stands up (and still very relevant) 7 years later… it’s probably one of my favorite TV series of all time. My favorite scene of the series is one of the last – Elliott’s realization that changing the world requires more than one-off, big interventions:

What if changing the world was just about being here, by showing up no matter how many times we get told we don’t belong, by staying true even when we’re shamed into being false, by believing in ourselves even when we’re told we’re too different? And if we all held on to that, if we refuse to budge and fall in line, if we stood our ground for long enough, just maybe… the world can’t help but change around us.

I can’t help but think of the impact of compounding – whether it’s financial or building habits or any social justice issue. Tiny improvements over a long period of time can equate to big changes on the macro scale. As much as the current state of the world makes me very worried, especially as a parent of two young ladies and a transgender son, I have to believe this is true – for their sake.

For me, it’s a good reminder to double down on that approach in my every day life:

A little better, each and every day.

Beautiful fall day for a hike at Artpark 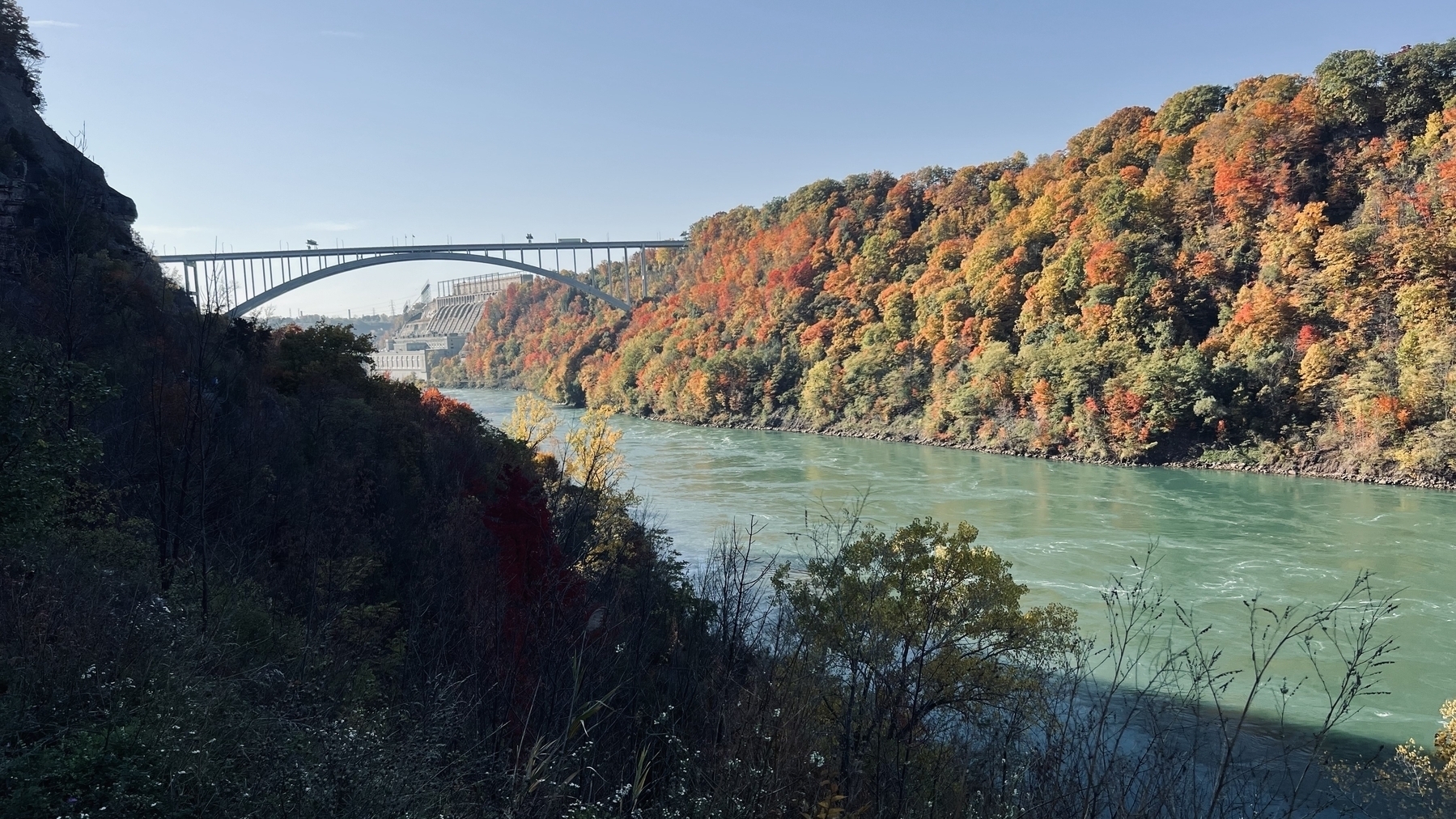 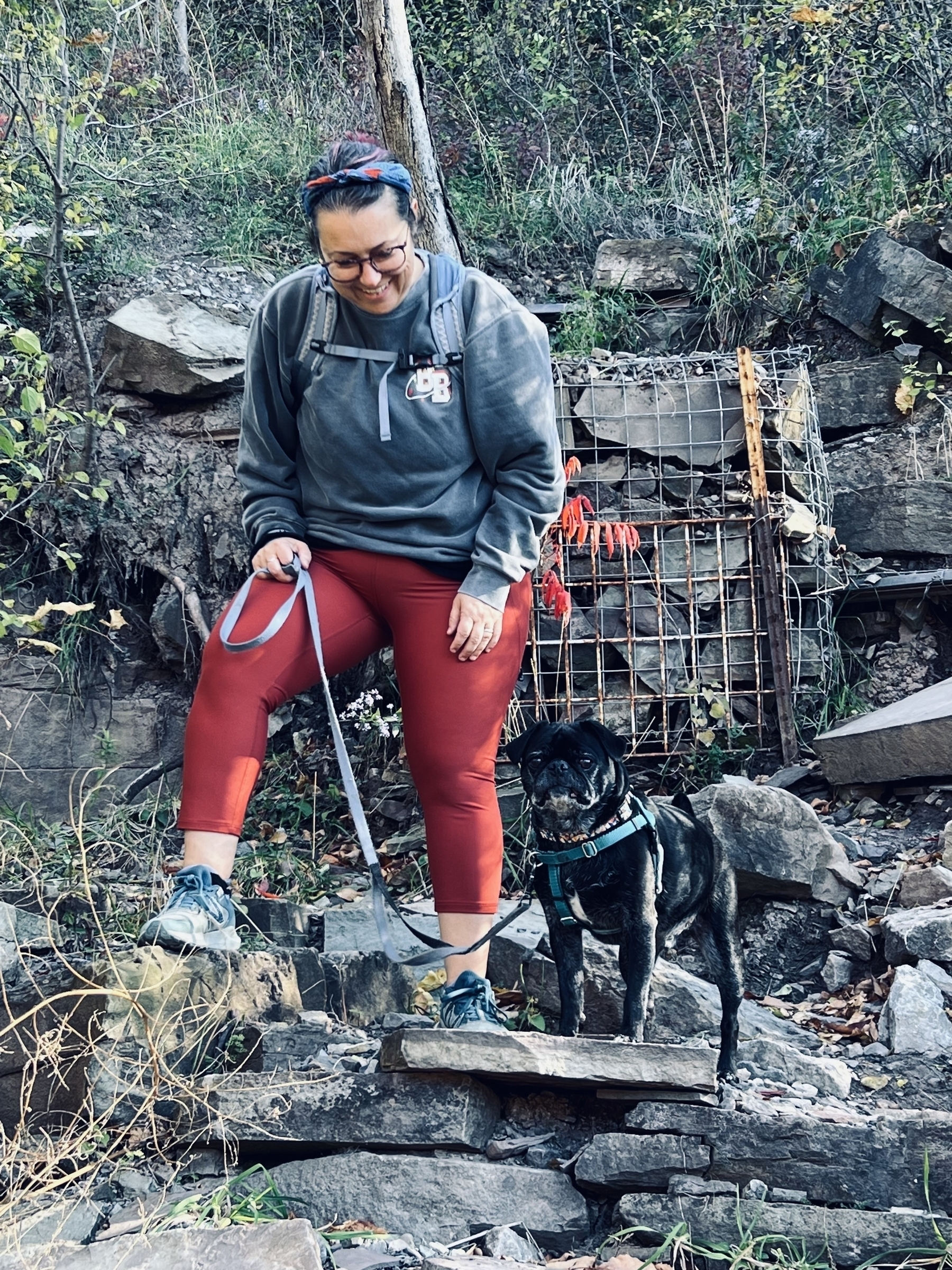 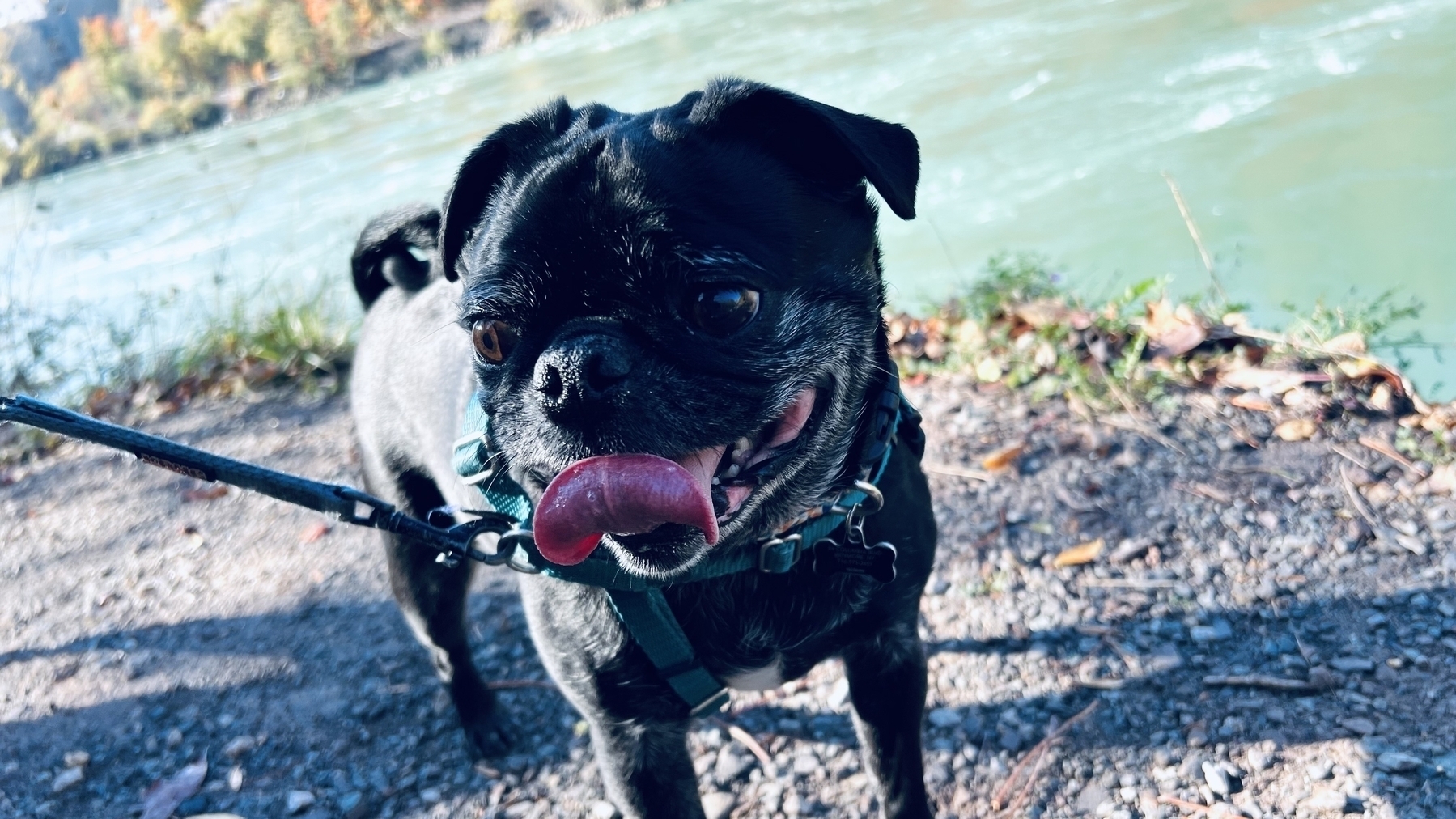 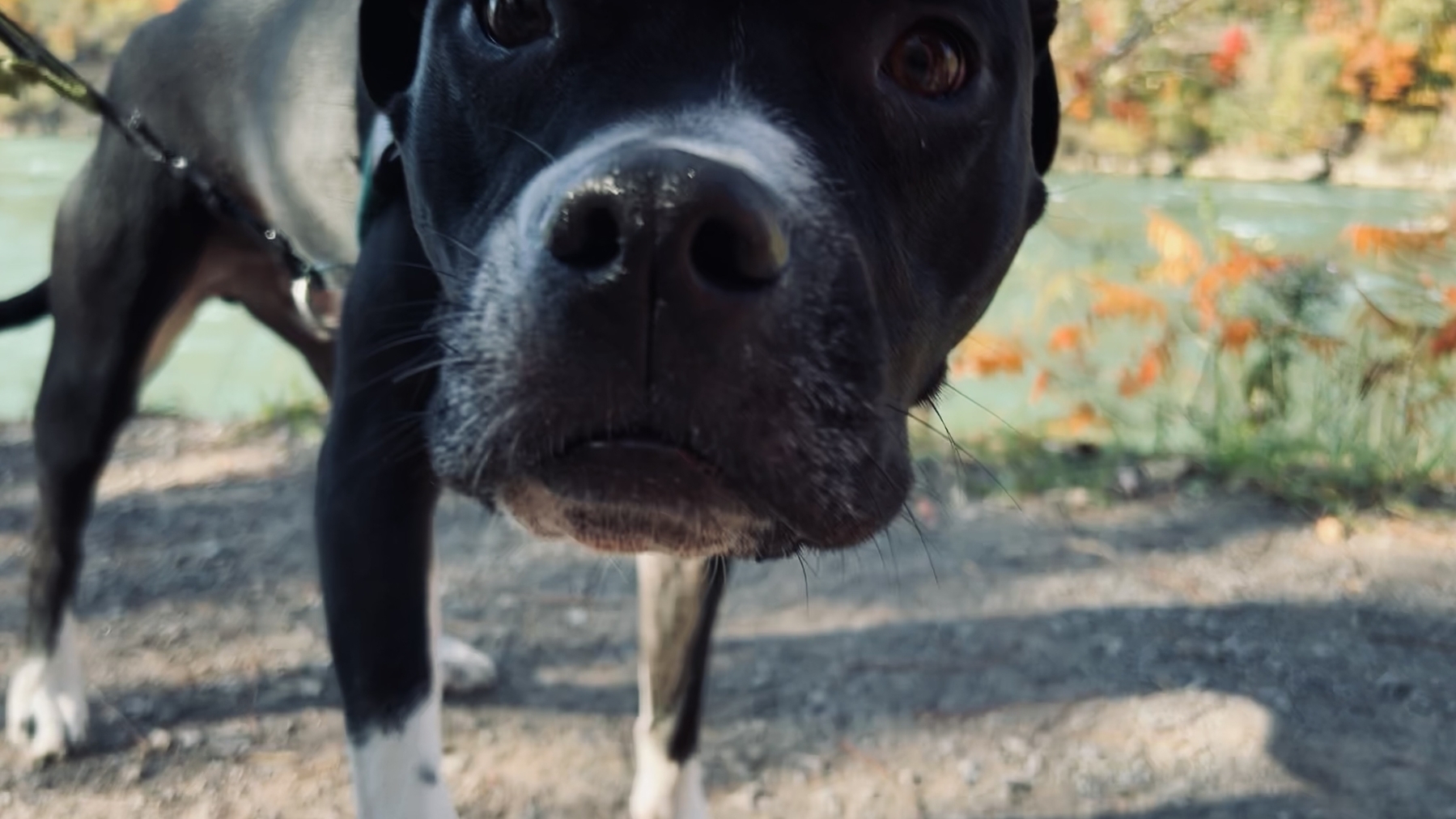 My assistant is being a little oppressive today. 🥰 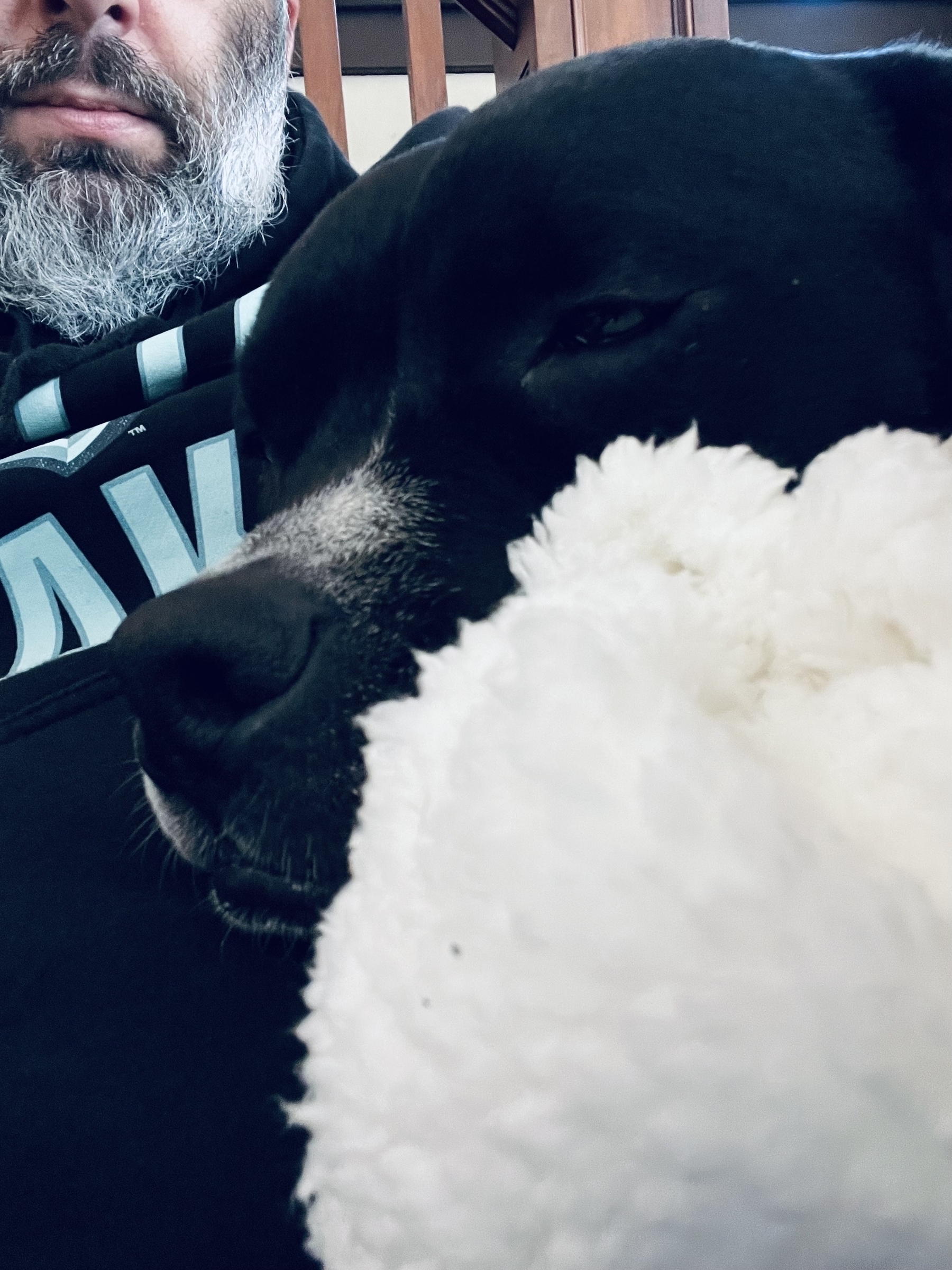 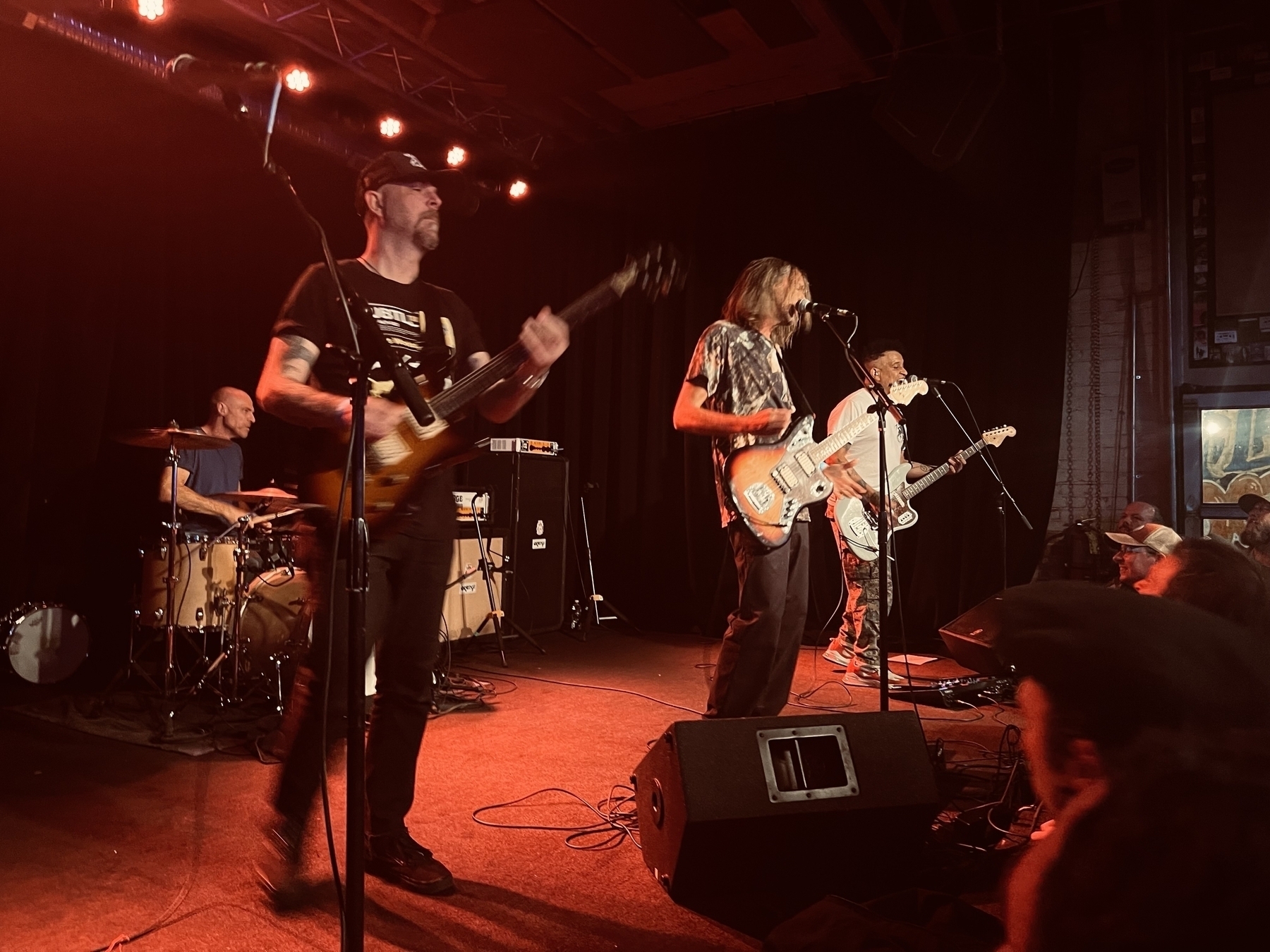 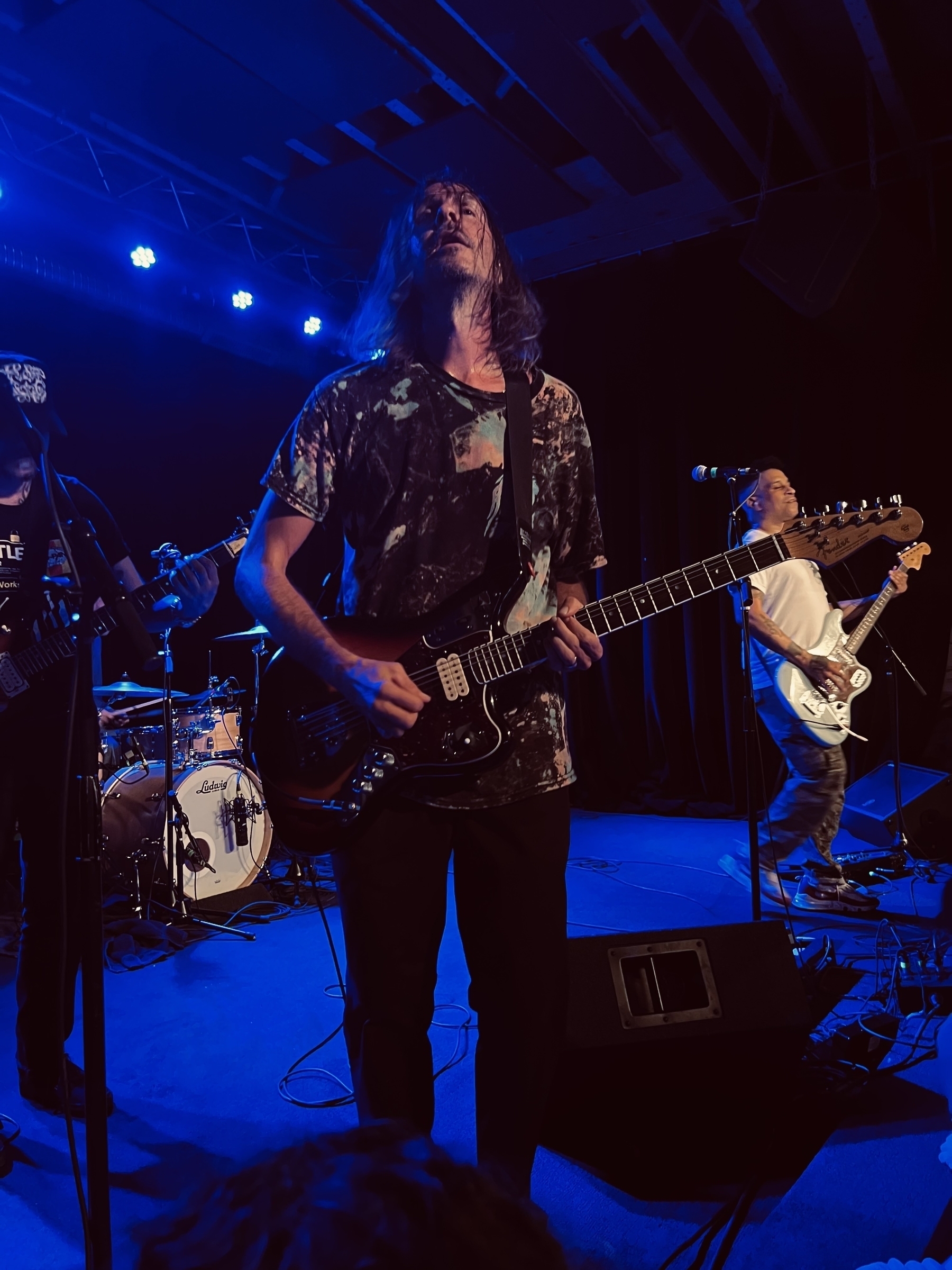 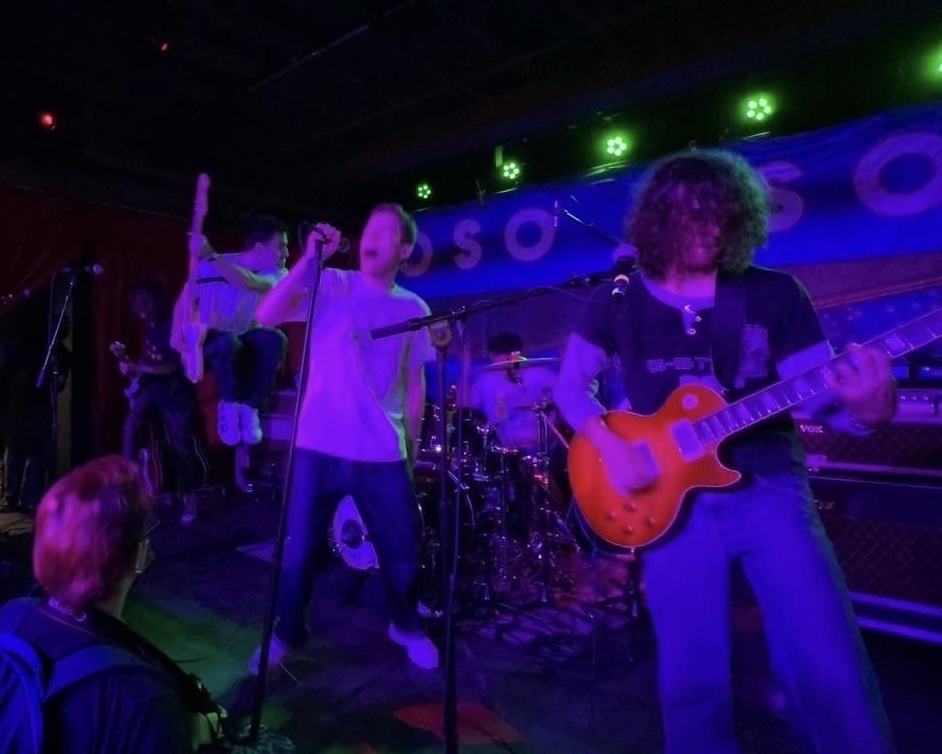 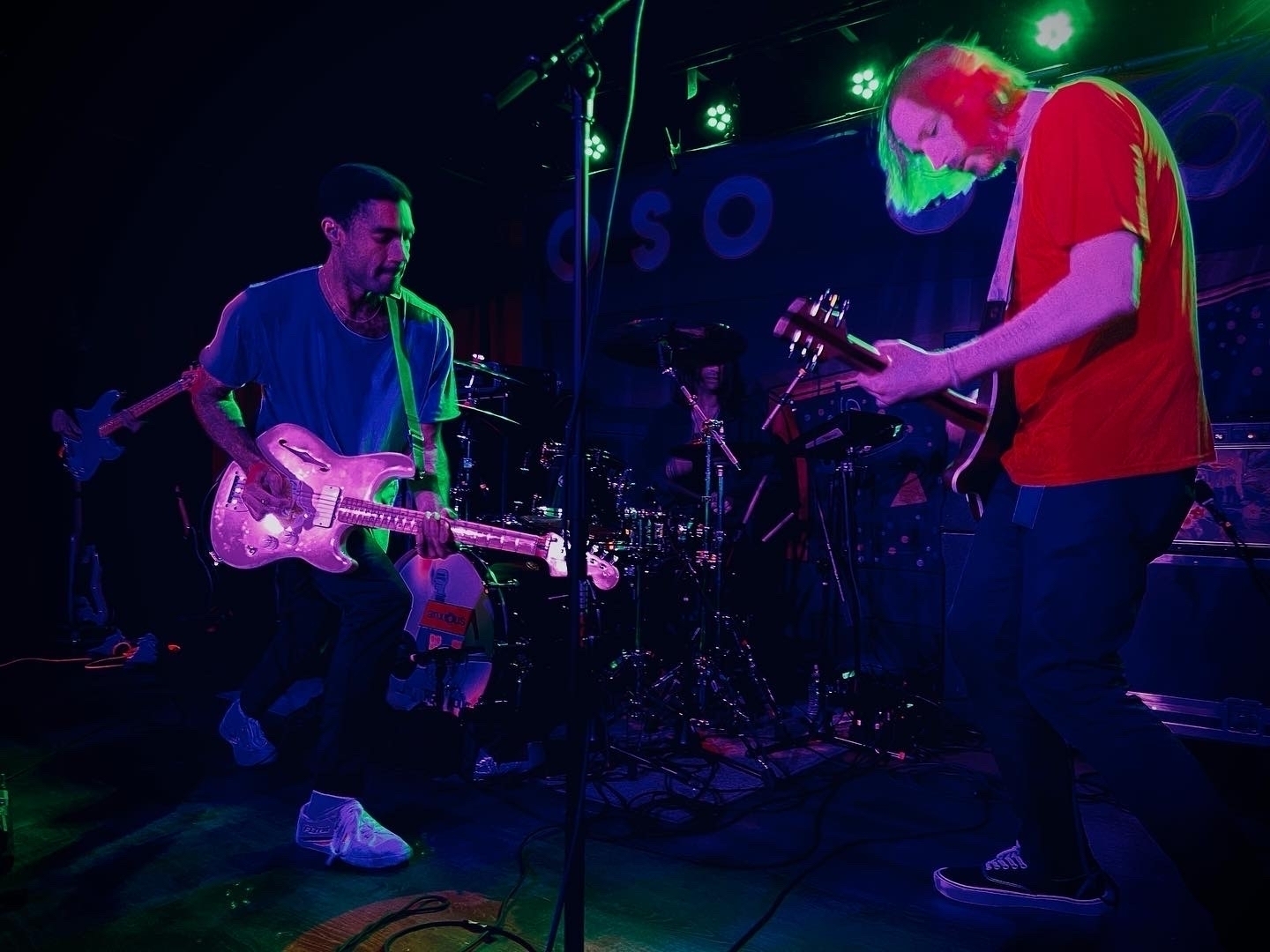 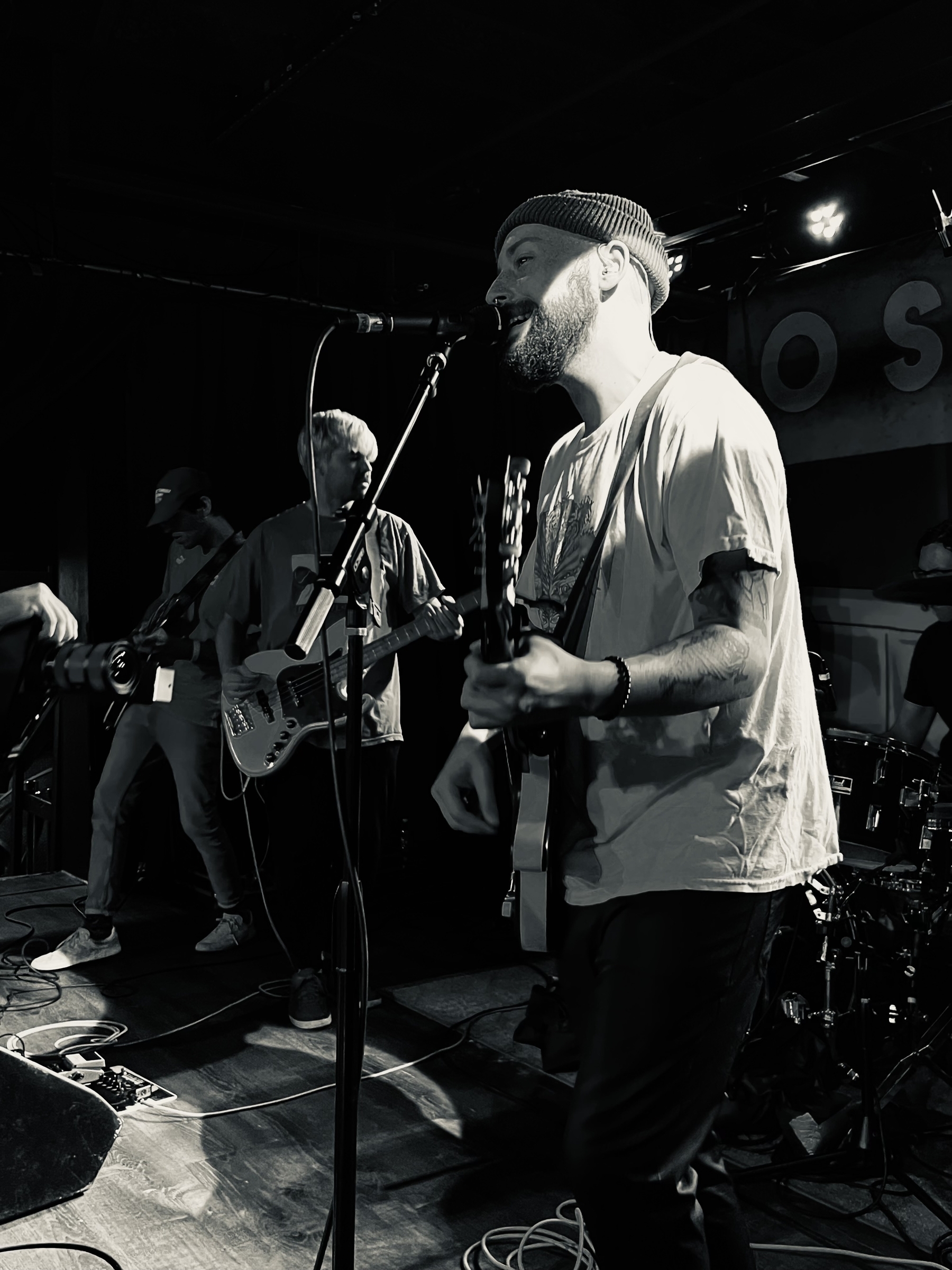 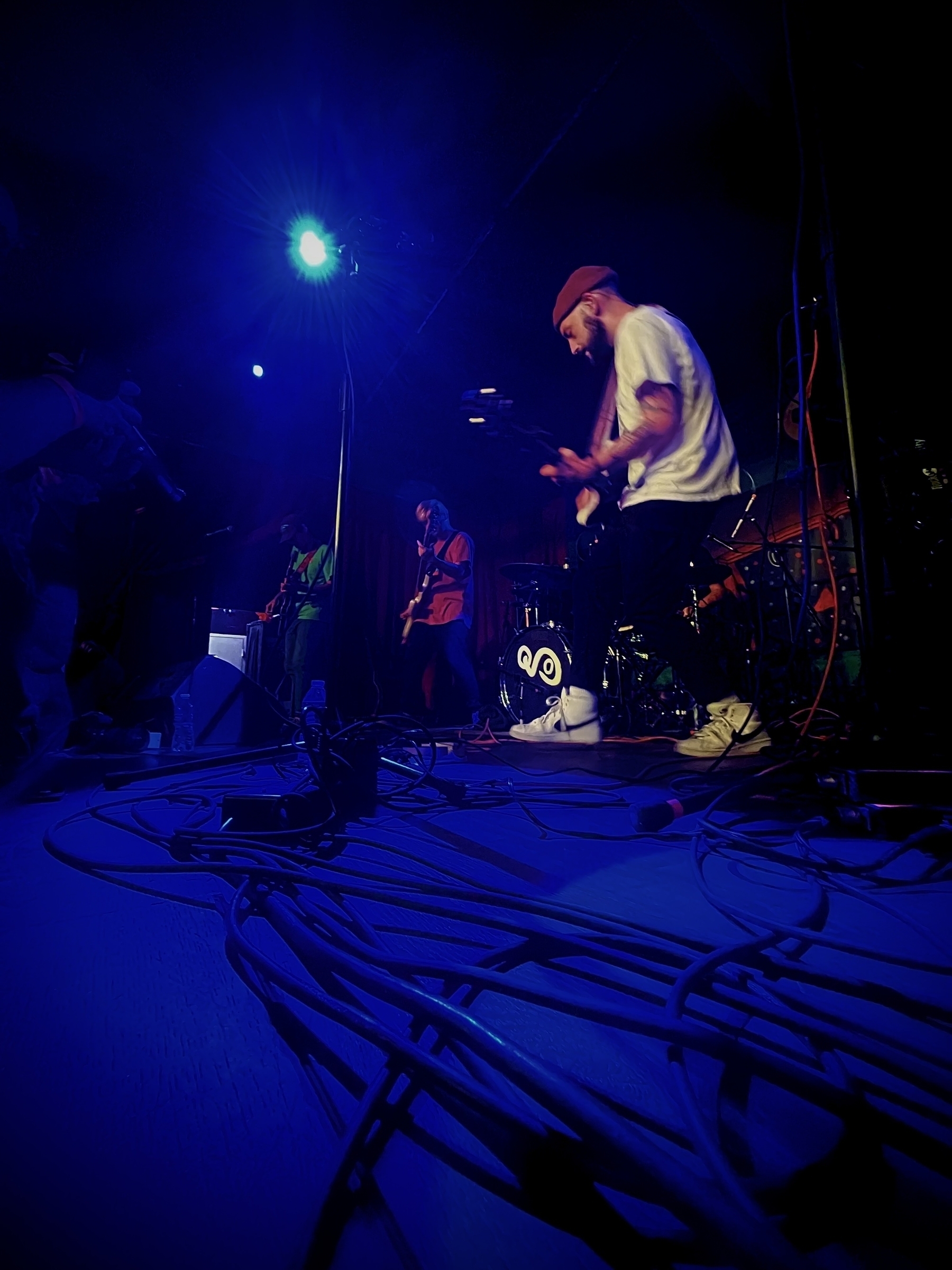 264 days down. My song-a-day playlist on Apple Music: music.apple.com/us/playli…

Los Campesinos! at the Velvet Underground in Toronto. They’ve been on my bands to see bucket list and it was worth the wait. 🔥 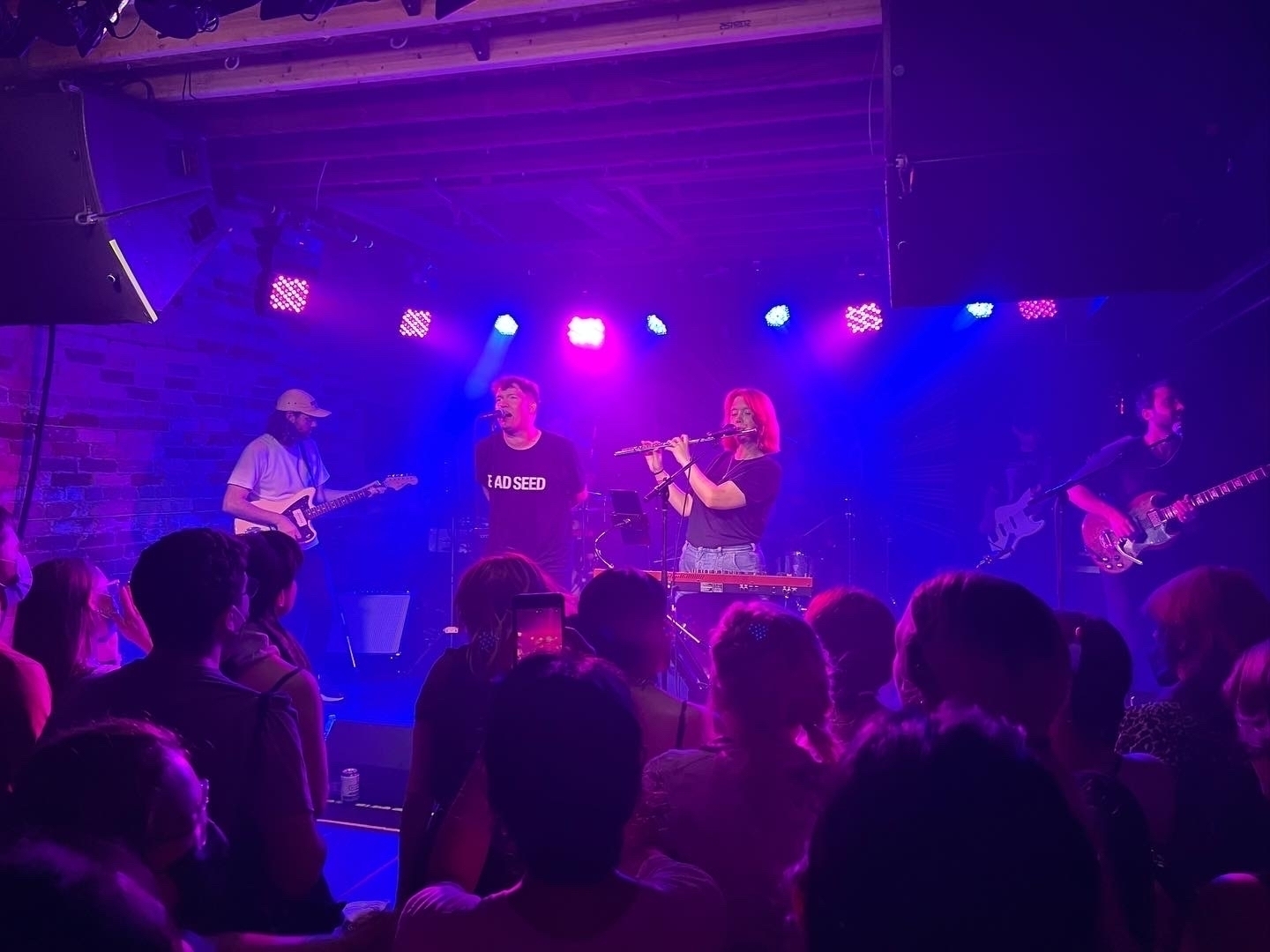